After leaving you at the end of the second week, I managed to spin another two bobbins of white merino, making 4 in all (4th one isn't photographed here, but you can see the beginnings of it flick carded and ready to spin). 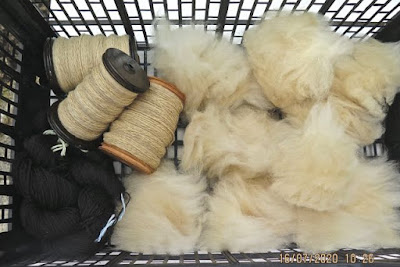 The problem with spinning 4 bobbins of white fleece is that they all look alike, so I didn't want to bore you with endless photos of white yarn. 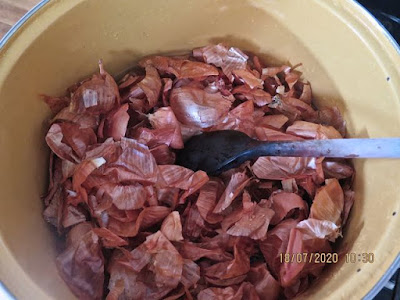 Towards the end of the third week I rounded up all my yellow onion skins (there were a lot!) and made up a dye pot.  In the photo above the onion skins have already started to cook down, but when I first filled the pan they came right up to the top, and this is quite a large pan :- 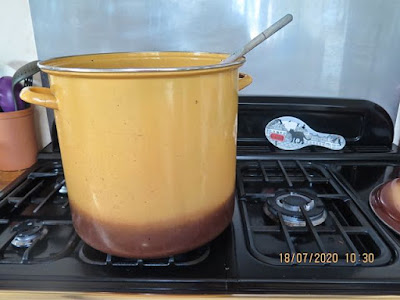 I just managed to get all four skeins into the dye and then cooked them for about an hour, letting them cool in the pan.  The colour is really pretty in real life - I can't really describe it, except that maybe apricot is the nearest. 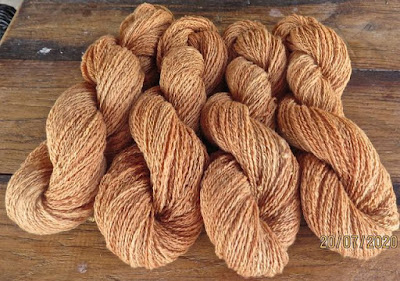 I'm now spinning more of the merino to go with this, maybe in a contrasting colour, I haven't quite made up my mind.  But I plan to knit a cardigan with this.

Here's what I managed to spin over the 3 week period.  It doesn't look a lot, but I'd been very lax about prepping the fleece beforehand, so had to do that as well. 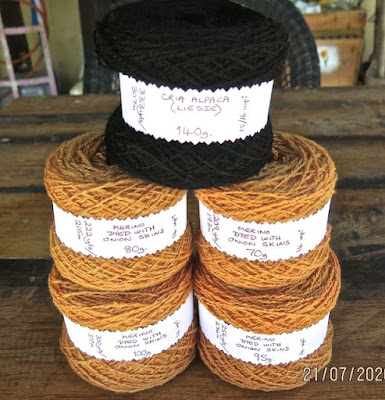