September saw the start of a "Crochet-a-Long" by Sandra Paul (Cherry Heart on Ravelry) that had caught my eye.  I'd never done one of these before but thought that making this blanket would be a good way to use up some of my odd skeins of hand-spun yarn.  The pattern was free and comprised 8 separate patterns that were sent out weekly - 6 different squares, the pattern for joining the squares (they were crocheted together) and the pattern for the border.

We started on 24th September when the first pattern was sent out.   We'd already received an introductory square for testing gauge.  This was not meant to be included in the blanket but I thought it was pretty so made four of them to put into mine. 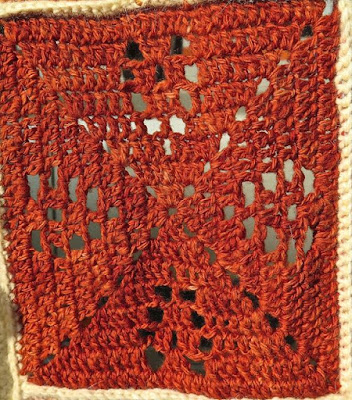 There were also 6 bonus square patterns, but to receive those you had to buy the yarn kit, which I didn't want to do.  The patterns for these will be available for purchase in January. 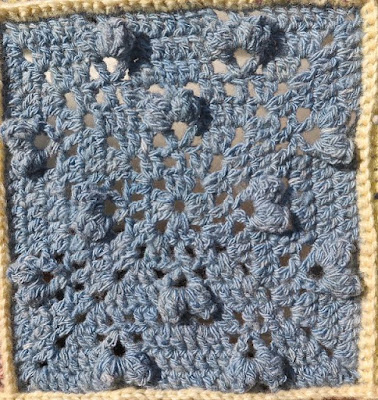 I must admit, I (along with a lot of other participants) cheated a bit.  I really liked some of the bonus squares but didn't want to wait until January to finish my blanket.  It was really quite easy to work out patterns for some of the squares, especially as there were very similar ones already on Ravelry.  I feel quite guilty about this actually, because the people who'd bought the yarn kits had effectively paid for these patterns.  Mine probably aren't exactly the same, but near enough for me.  This next square (butterflies) was one of them. 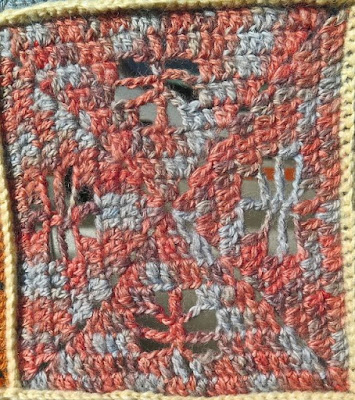 The dragonfly on the next square wasn't one of the published patterns at all, but I found a pattern on Ravelry that I liked and adapted it a bit.  I'm quite pleased with this one. 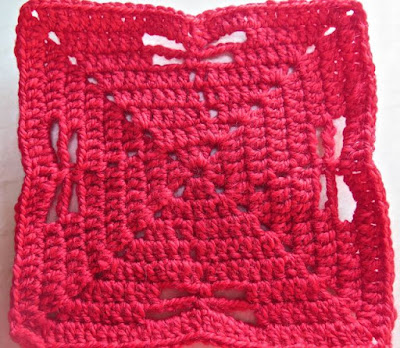 The thing I really liked about the way this CAL was run was that I only had to do 8 squares a week so it was quite easy to keep up.  I think if I'd just downloaded a complete pattern for the blanket I'd still be only half way through. 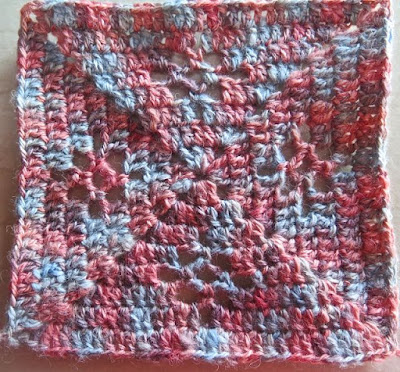 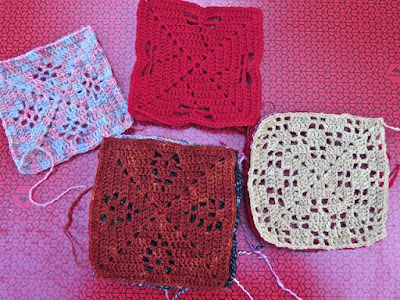 It's surprising how the squares quickly mounted up and I looked forward to finishing my blanket. 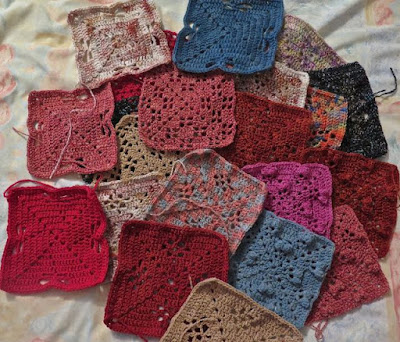 Joining the squares was very simple - we just double-crocheted them together.  Then the border was crocheted around the edge.  The first row of the border was a bit fiddly because it was easy to get the stitch count wrong.  I probably did that first row 2 or 3 times before I got it just right! 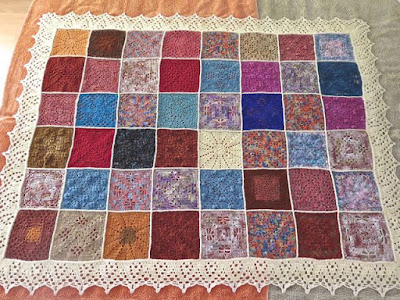 I finished the blanket on 16th November which was 4 days after the final pattern was released and I'm really pleased with how this turned out.  Can you see the little hearts in the border?  They're the same as the ones on the gauge square.

I was getting a bit panicky in the final stages - I wasn't sure I would have enough yarn to finish the border.  I needn't have worried though, I just crocheted a bit faster because everyone knows your yarn goes further that way!  This is what I had left :- 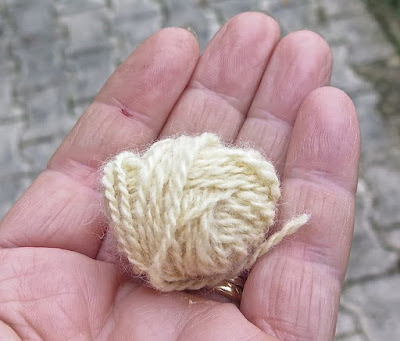